Fidelity National Financial (NYSE:FNF – Get Rating) last issued its earnings results on Wednesday, February 23rd. The financial services provider reported $2.16 earnings per share for the quarter, topping the consensus estimate of $1.60 by $0.56. The company had revenue of $4.80 billion for the quarter, compared to analyst estimates of $3.21 billion. Fidelity National Financial had a return on equity of 25.23% and a net margin of 15.48%. The business’s revenue was up 27.2% compared to the same quarter last year. During the same period in the prior year, the firm posted $2.01 EPS. On average, analysts expect Fidelity National Financial to post $6 EPS for the current fiscal year and $7 EPS for the next fiscal year.

In related news, COO Roger S. Jewkes sold 7,438 shares of the stock in a transaction that occurred on Thursday, March 31st. The stock was sold at an average price of $50.01, for a total transaction of $371,974.38. Following the completion of the sale, the chief operating officer now owns 104,246 shares in the company, valued at approximately $5,213,342.46. The sale was disclosed in a filing with the SEC, which is available through the SEC website. 5.20% of the stock is owned by corporate insiders.

About Fidelity National Financial (Get Rating) 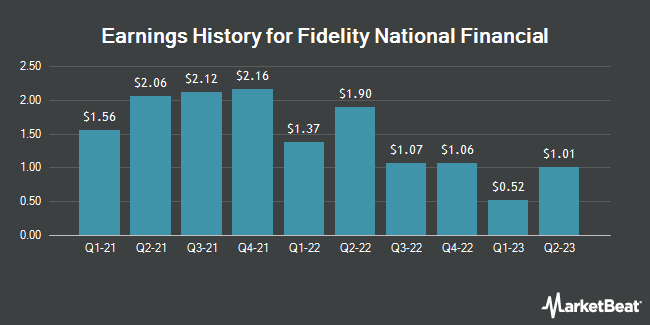 Seven things which could see your car insurance CANCELLED