Fidelity National Financial, Inc. (NYSE:FNF – Get Rating) declared a quarterly dividend on Tuesday, May 10th, RTT News reports. Investors of record on Thursday, June 16th will be paid a dividend of 0.44 per share by the financial services provider on Thursday, June 30th. This represents a $1.76 annualized dividend and a dividend yield of 4.44%.

In other news, COO Roger S. Jewkes sold 7,438 shares of the company’s stock in a transaction that occurred on Thursday, March 31st. The shares were sold at an average price of $50.01, for a total value of $371,974.38. Following the transaction, the chief operating officer now owns 104,246 shares in the company, valued at $5,213,342.46. The sale was disclosed in a legal filing with the SEC, which is available at this link. Corporate insiders own 5.20% of the company’s stock. 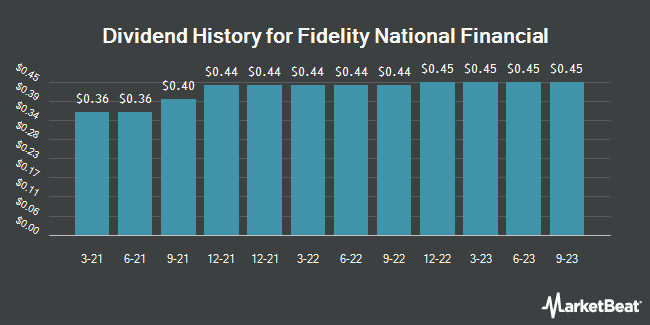